Emily Wickersham was added to the cast of NCIS 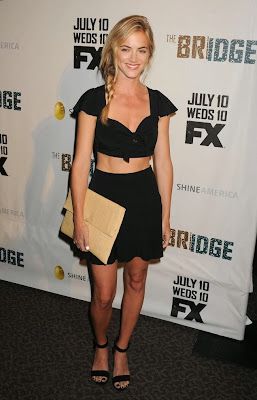 The actress Emily Wickersham will play the role as Eleanor Bishop in NCIS, and this character is essentially replacing the departed Cote de Pablo.
NCIS is considered of the best drama work and is the top-rated drama on TV, so it did not take long to find Emily Wickersham as a replacement for the departed Cote de Pablo.
It confirmed by CBS on Monday that Emily Wickersham will join the show as the role of Eleanor Bishop in regular starting with the Nov. 19 episode.
Emily Wickersham is well known for her roles in The Sopranos and Gossip Girl and now she is in new role through NCIS.
CBS described Wickersham as a fierce determination and idealism who specializes in international threat assessment and global preparation; she is also mysterious mixture of analytic brilliance.
As a lot of us watch the show, Pablo who played Ziva David for eight seasons, and enforced to leave the show under mysterious circumstances.
Pablo mentioned that she left the show under personal reasons and under her own terms although CBS had offered her a lot of money to stay.
So the Bishop character will be introduced as CBS said through the wake of a security breach, And Bishop foresaw two years earlier.
So her role resides through her working with Mark Harmon’s Jethro Gibbs to find the source of the breach.
NCIS has more than 18 million viewer of the episode, becoming easily the most popular drama show on the small screen.
It was announced before her promotion to take a role in NCIS, but I think she will present a good performance and she will add some lovely senses NCIS.