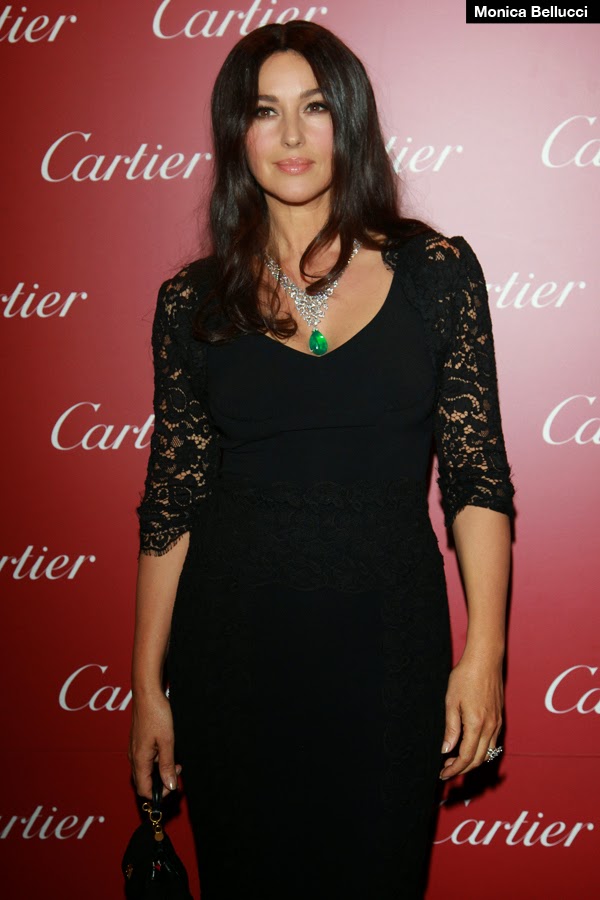 5 things to know about  Monica Bellucci


She will star in the 24th installment of the James Bond franchise, Spectre.  So who is Monica Bellucci , we have made a list of 5 facts you need to know about the new Bond girl!
Monica the newest to the James Bond franchise on Dec.4. Alongside Bond himself , Daniel Craig , Monica Bellucci will star as well as Naomie Harris, Ralph Fiennes, Ben Whishaw, Rory Kinnear, Lea Seydoux and Christopher Waltz in the 24th installment of the franchise named Spectre.
But who is the new Bond girl? Let’s know some things about her .
5 things about Monica Bellucci:
1. She is the oldest girl bond to grace the screen in the franchise at the age of 50 years old. And Honor Blackman, previously pled Pussy Galore as she was 39 years old in 1964’s Goldfinger, according to the Daily Mail.
2. She took the role as Paris Carver in 1997’s Tomorrow Never Dies, but the role took unfortunately by Desperate Housewives star Teri Hatcher.
3. She will play as Lucia Sciarra in Spectre.
4. Monica Bellucci is currently single, she was married from the French actor Vincent Cassel in 1990, and the couple have two daughters. And the couple announced their separation in August 2013.
5. She was born and grew up in San Giustino, Italy. She is the daughter of Pasquale Bellucci and Brunella Briganti. She started modeling at the age of 13, while her acting career began in the 90’s.